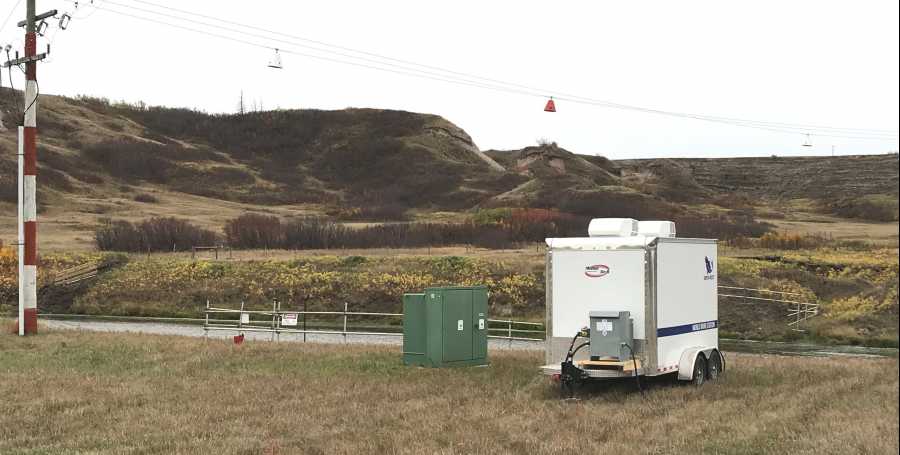 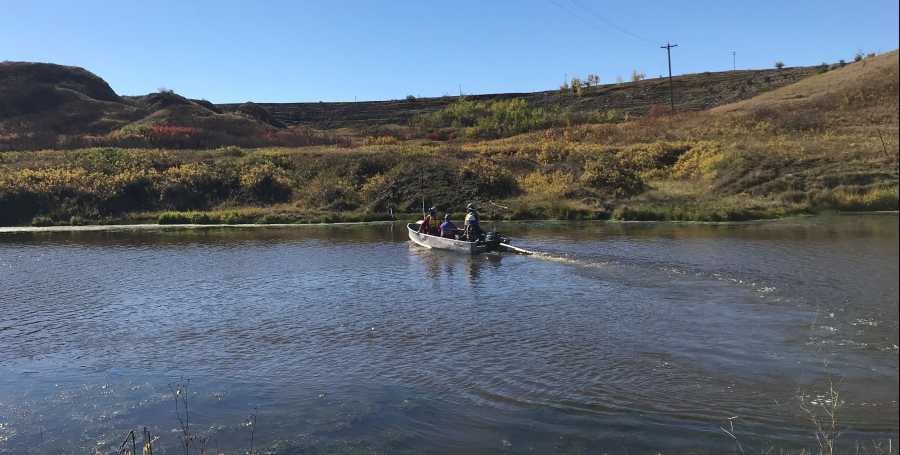 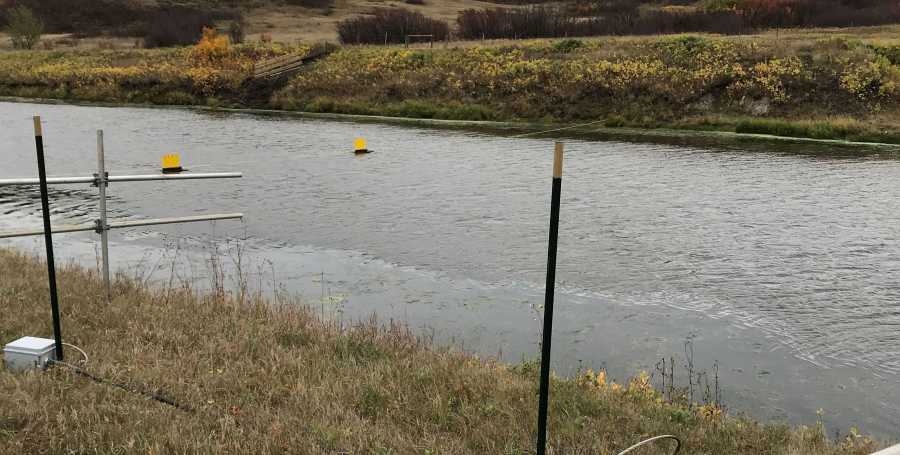 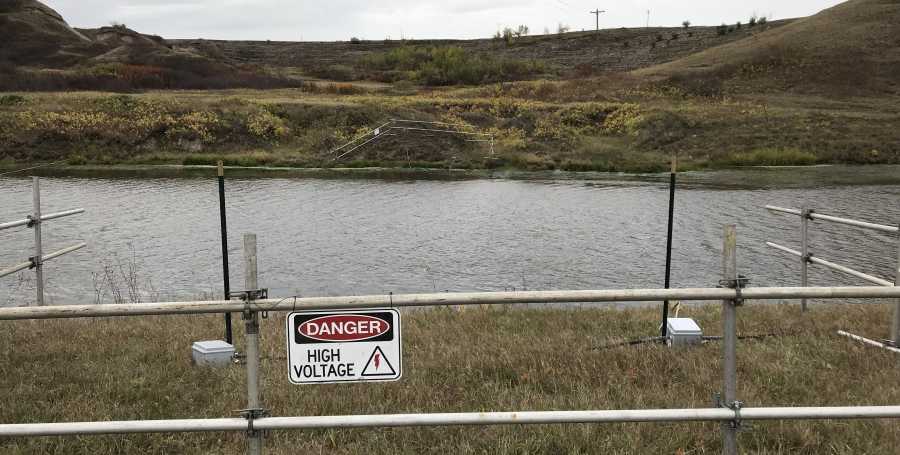 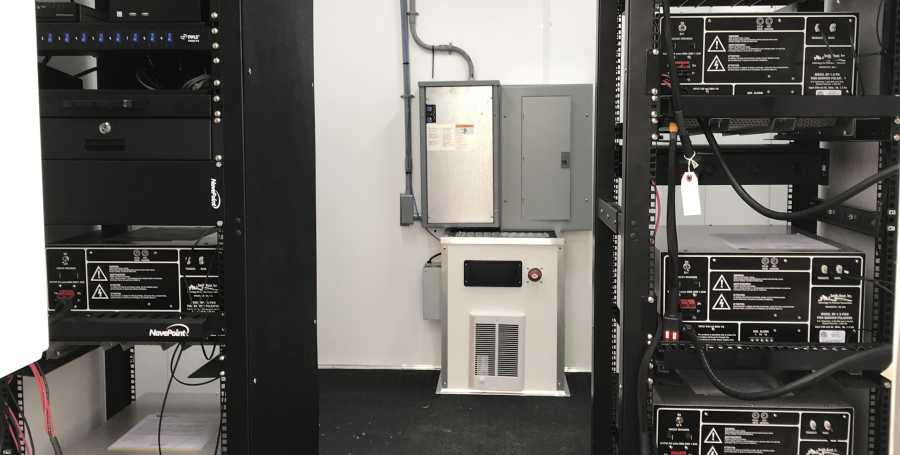 The electric barrier at ATCO Battle River Generating Station was constructed in 2002 to prevent fish from moving upstream in the cooling water channel. The barrier employed a unique design of 30 steel piles, covered by a HDPE liner, and a steel sheet on the outside of the pile that deliver the electrical field to the water column. Each electrode within a row is connected to its neighbor by an above-water wire tray. After 16 years of reliable service, it was time for ATCO to replace the outside layer of steel on the electrodes. They asked Smith-Root to design a temporary system to deter upstream movement of fish while the main barrier was offline.

The mobile, temporary barrier was outfitted with six (6) BP-1.5 POW pulse generators and a Fish Barrier Telemetry & Control System and hauled from Smith-Root’s shop in Vancouver, Washington to Forestburg, Alberta. Two stainless steel cable electrodes were anchored to the Battle River bed at a location about 50 meters upstream of the permanent barrier site. The electrodes ran to a junction box and connected by locomotive cable to the trailer’s output panel.

While the main barrier was down, ATCO asked Smith-Root to install an upgrade to the Fish Barrier Telemetry and Control System to allow the system to communicate with the generating station’s control system. This upgrade required a software language conversion between the two systems. The upgrade was completed in less than two days, at which time the system was reactivated with new electrodes and a new control and monitoring system.

The main electric barrier at the Battle River Generating Station was installed in 2002. The temporary barrier was installed in September 2018 and successfully deterred fish from moving upstream in the cooling water channel for the 4 week duration of the scheduled outage.