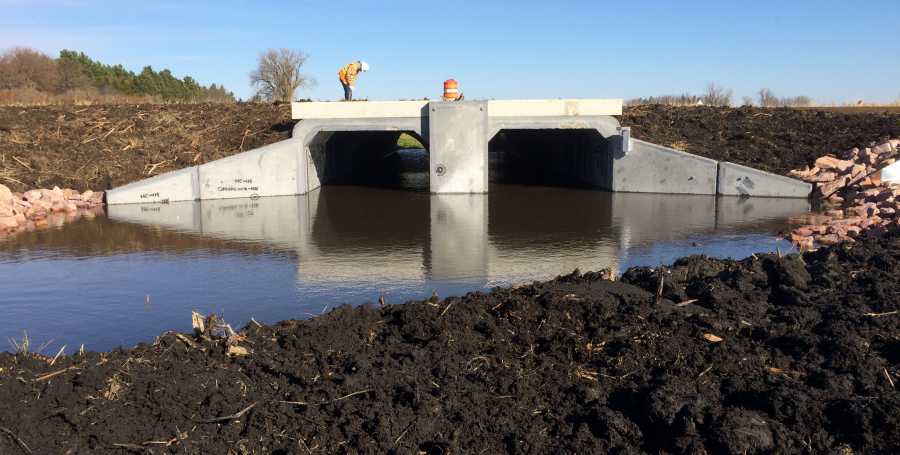 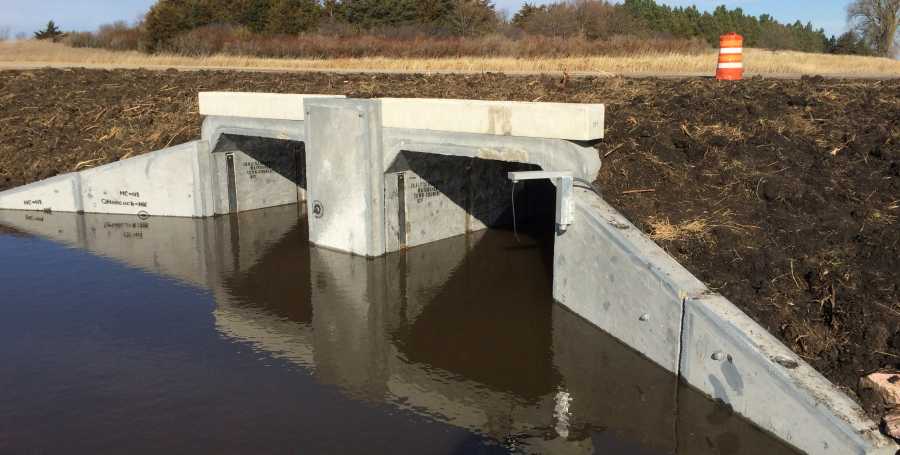 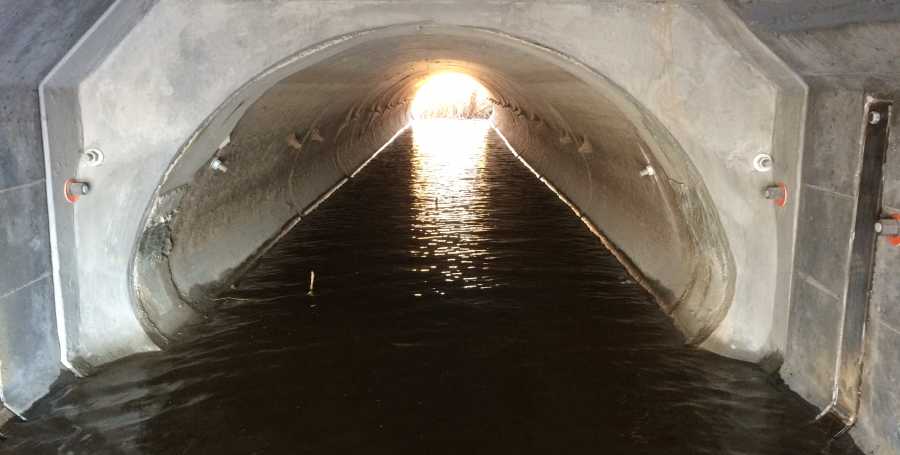 Illinois Lake is located near the town of Round Lake in Jackson County, a few miles north of the border with Iowa. The lake outlet flows southeast to the West Fork Little Sioux River. Invasive carp, including silver carp (Hypophthalmichthys molitrix) and bighead carp (H. nobilis) are present in the Little Sioux River watershed. While Illinois Lake is not usually stocked with fish, it is connected at the surface to Round Lake, an important regional lake for fishing and recreation, and is regularly stocked with walleye by Minnesota Department of Natural Resources. It also is home to crappie, bullhead, catfish, and other species.

Minnesota DNR tapped Smith-Root to design a barrier near the lake outlet to prevent the upstream migration of invasive carp from the West Fork Little Sioux River. The lake outlet channel runs south and is surrounded by wetlands. The channel crosses County Road 4 through two identical concrete culverts with elliptical cross sections. The electrical deterrence system was chosen to be installed on the downstream end of the culverts.

The deterrence system was designed to not reduce the flow capacity of the existing culverts. Long sections of both culverts were removed and replaced with dense, electrically resistant concrete box culverts with electrodes to impart the electrical field to the culvert outlet. Jason Kent, P.E. led the deterrence system design team that included electrical engineers and technicians, civil and structural engineers, and fish biologists. Smith-Root also conducted construction inspections, system commissioning, and training of the DNR staff that will operate the deterrence system. It was constructed and commissioned in October 2015.