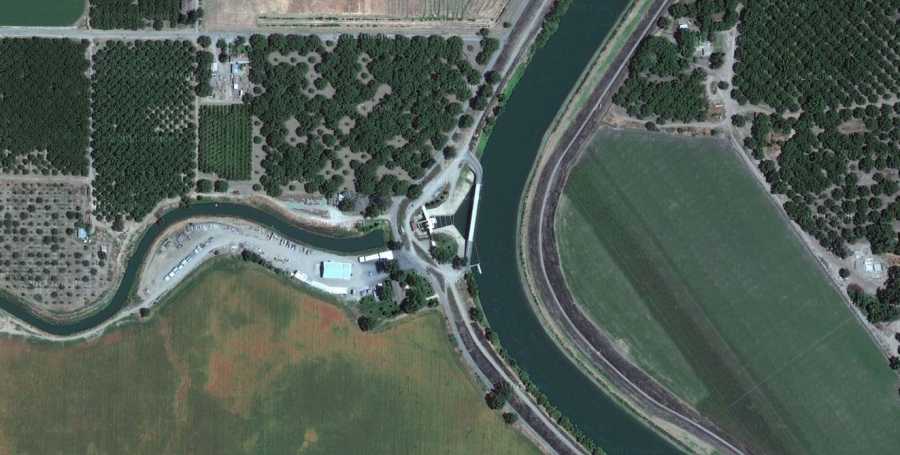 In a study to find alternative ways to prevent fish from being drawn into irrigation pumps, Smith-Root, within constraints of the program from Reclamation District 108 and U.S. Bureau of Reclamation, designed and constructed a temporary array across the forebay leading to a pumping station drawing irrigation water from the Sacramento River. The experiment continued over four years.

Test batches of smolts were released into the upstream streamline that turned into the forebay. A definite repelling action from the electric field was observed. 1996 statistical results showed that the barrier reduced the number of smolts passing through the forebay by more than 90% (RD108 Funding Proposal 7-28-97). Strobe lights and a separate sound system were ineffective.

Several aspects of the test configuration were less than ideal. The field was oriented at 90 degrees from the water motion: fish were not exposed fully head-to-tail. Uncontrolled water velocity resulted in concentrated entraining flows up to 2.5 ft./s. And many of the test smolts were partially incapacitated from handling, including dyeing.

Because National Marine Fisheries Service rules required 95% efficiency, a permanent electric barrier was not installed. Instead, there are now screens requiring the usual constant cleaning and maintenance.

Given the circumstances, Smith-Root considers this to be an affirming study. Efficiencies could have been improved with a better configuration.