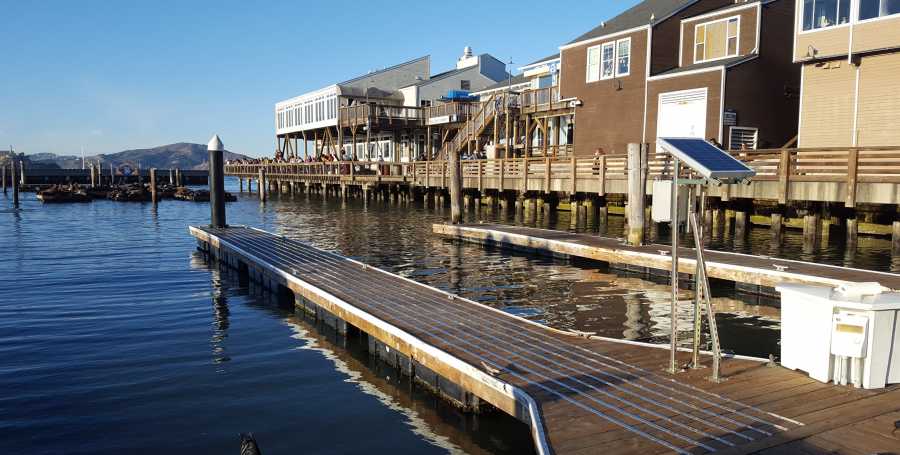 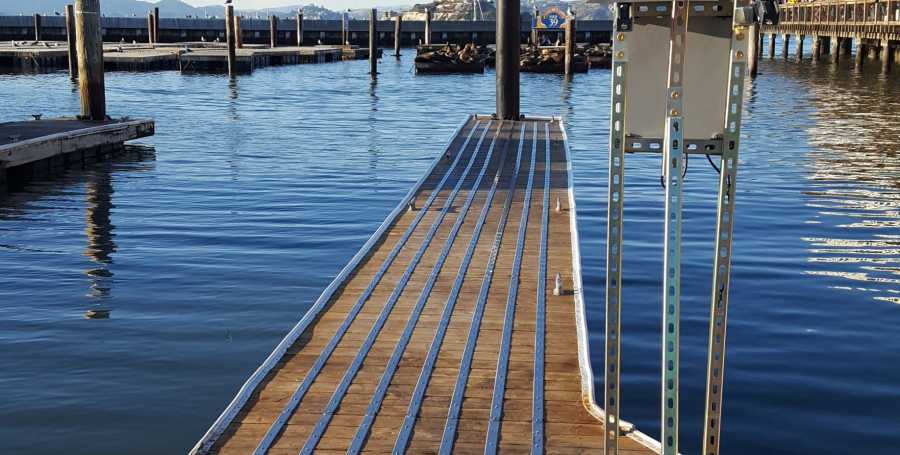 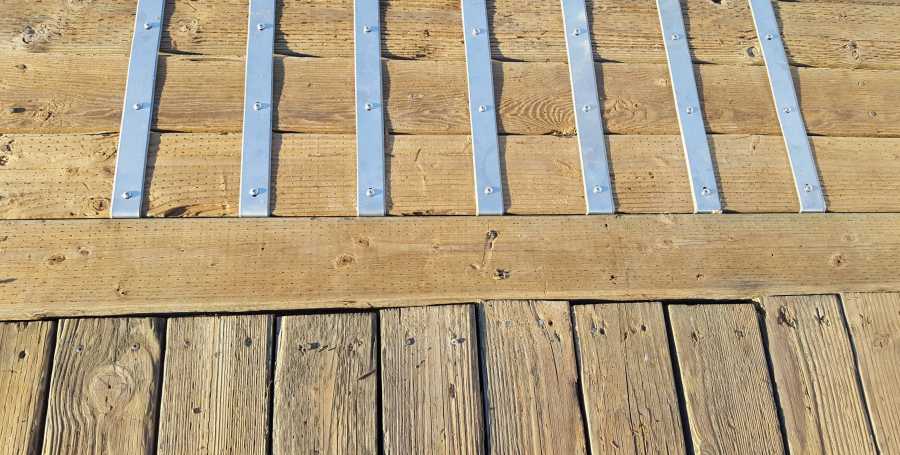 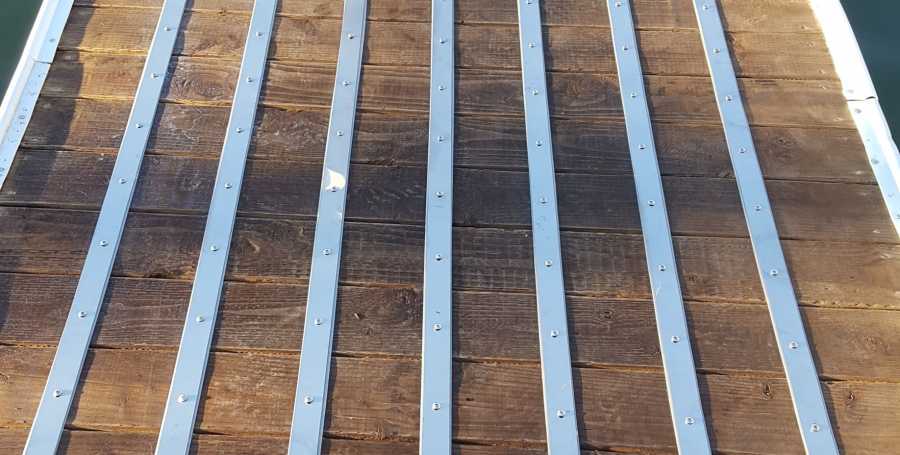 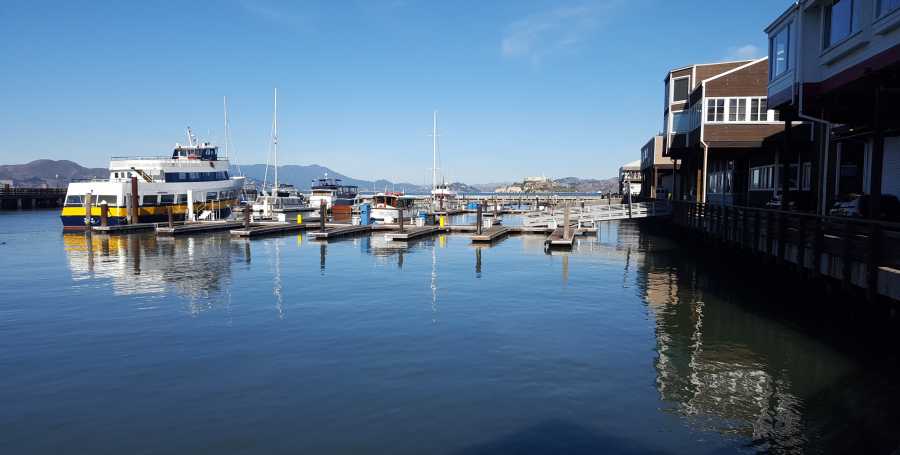 Dock deterrence system installed to demonstrate the effectiveness of the technology adjacent to the world-famous Pier 39 Sea Lion Docks.

California sea lions have been regular visitors to Pier 39 since 1990. With population numbers sometimes exceeding 1,500, many sea lions haul out and rest on the boat docks that surround Pier 39, rather than the 45 sea lion-specific floating sections of "K Dock" at the northwest end of the pier that attract tens of thousands of visitors from around the globe.

In November 2017, the J Dock deterrent system was installed by Pier 39 staff with assistance from a Smith-Root technician. The dock deterrent system continues to operate, and has safely, effectively, and humanely deterred sea lions from resting on the J Dock finger, while maintaining the sea lion population on the adjacent K dock.